Choosing the Right Abrasive Media for your Sandblasting Project

Sandblasting Sand, DO NOT USE IT

When it comes to sandblasting safety, you must take it seriously.  Whether you are new to the process or a seasoned professional, the process is very dangerous.  Combining pressure and projectiles is inherently dangerous.  Users should always refer to their instruction manual and use all necessary safety measures. It is always up to the user to understand the dangers and take responsibility when using any abrasive blaster.

Silica, a mineral, discovered in sand used by many to sandblast.  Exposure to this mineral causes severe or fatal damage to lung tissue. DO NOT use sand in abrasive blast equipment. Some may argue it is safe.  Sand is cheap.  Sand is easy to get.  Regardless, Cyclone does not endorse, does not recommend and has never endorsed and has never recommended sand of any kind.  The safety risk is too high.  You may see the terms sandblaster, sandblast cabinet, or sand blast cabinet on our site.  But Cyclone absolutely DOES NOT RECOMMEND the use of any sand in any kind of abrasive blast equipment.  There are too many risks and too many safer alternatives.

Choosing the right abrasive for your project requires a few concepts.  As shown in the image, there are a few terms to consider.  That red section is called a sweet spot.  This is the set of media characteristics ideal for your project.  There’s no perfect mixture.  It all comes down to the characteristics and velocity of the media as it impacts the surface. 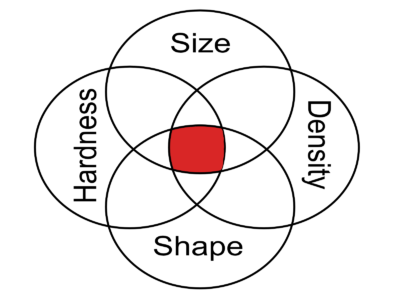 In general, the bigger the abrasive molecule, the bigger the impact it makes on the blasted surface.  For example, dropping a bowling ball onto wet cement will make a bigger splash than a baseball.  However, in a blasting cabinet, larger particles means fewer impacts on the blasted surface.  This is compared to smaller molecules that make more frequent impacts.  Think about tossing 10 marbles into a pond or 100 tiny ball bearings.  Both those volumes will fit into a cup but the ball bearings have 10 times the number of impacts.

Density is a term that describes how much mass exists per unit of volume (a unit commonly called specific gravity).  It is not the same as an object’s weight.  Remember the old riddle of a pound of feathers vs. a pound of lead?  Equally one pound.  But lead is significantly denser than a feather so it takes less lead to get to a pound than feathers.

Abrasive media hardness is very important.  In general, the harder an abrasive is the faster it will remove surface material.  Of course being fast is not always the most important factor in selecting a blast abrasive.  Penetration and finish are mutually important considerations.  Scroll down for some detail on how abrasive hardness is measured. 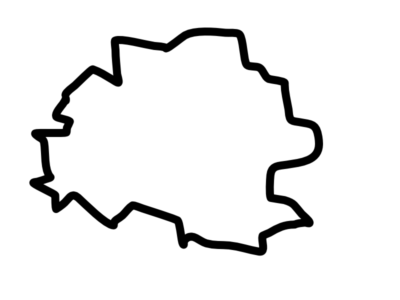 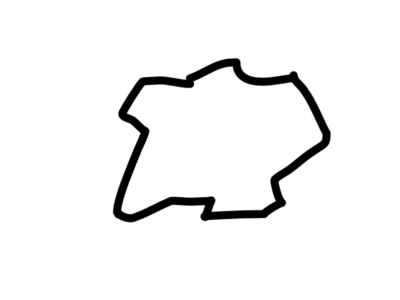 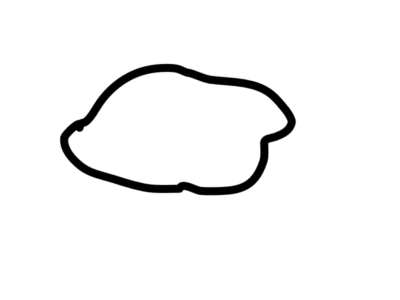 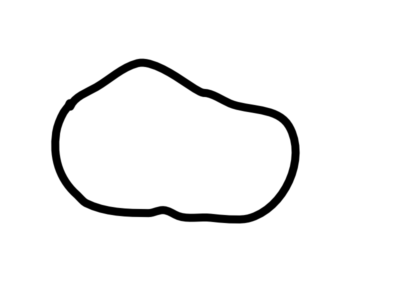 Read more to find out how these characteristics combine to do the hard work of abrasive blasting.